Home/Indie pop, Latest Stories/READ IT IN BOOKS by ECHO & THE BUNNYMEN Story by Maria Majsa
Previous Next 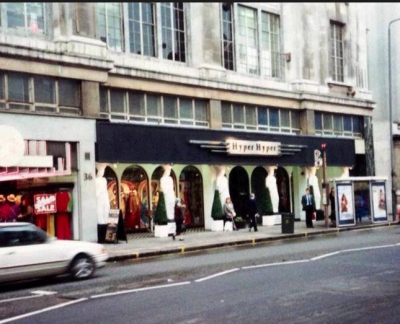 On rainy Saturdays I would head for Kensington High Street to trawl Hyper Hyper – two cavernous floors filled with clothes by up-and-coming designers – a tapestry of streetwear and avante garde fashion at prices even I could afford. Sometimes.

In 1986 you couldn’t move for leggings, turtlenecks, unexpected flaps and sumo-size leather belts. Hyper Hyper had them all – sometimes on the same garment. Racks of sleek jersey dresses with derriere knots, swishy ballerina skirts with Docs, gothy black widow bustiers. The labels had names like Ghost and Deadlier Than The Male. Leigh Bowery’s stall was called Spend Spend Spend. By day he hawked his apparel to rock stars and clubbers. By night went clubbing himself with a blue painted face and huge padded legs, tiny policeman’s helmet, white gloves and a foam pig’s snout. A living mannequin of his own devising. I always stopped at Leigh’s stall to marvel, but I never bought anything. I wasn’t brave enough.

I confess it was more than just clothes that drew me back to Hyper Hyper on those rainy afternoons. There was music. And The Boy. On Saturdays a DJ played all afternoon, so I drifted around, flicking through the racks, listening to Iggy, Bauhaus, The Cure, immersed in the soundtrack of the film of the story of my life. All the while trying to muster enough courage to approach The Boy.

He was always there. And somehow not quite there at all. Perched behind the counter, nose in a book, he seemed to exist in some other world, one with particularly rarified air – it was all over him like a scent. Long before sales staff were trained to follow you around and grill you about your day, he just sat there. He rarely glanced up from his book, so I could gaze upon him at my leisure and I did. He had a stack of black hair and a sleepy grace, like someone still in shock from being woken unexpectedly. Maybe he was just hungover.

The first time I saw him I could’ve sworn, just for a second, that he was wearing lipstick. English boys were so pale – the contrast of their lips so heightened, they all looked like consumptive poets to me. Rose petal lips, bright spots of colour on their cheeks. Keats in skinny jeans. It was a kind of tolerable torture to be near him. I practised things to say and didn’t say them. I loitered, waiting for the right track to come over the PA like some divine cue – for Moz to grovel Please Please Please Let Me Get What I Want  on my behalf. Months went by and my submerged feelings began to strangle me, slowly, like a shirt buttoned up too high.

Having grown up watching how my father treated my mother, this all seems obvious, but my iffy attitude to men wasn’t something I reflected on at the time. She used to tell me the things he did weren’t right and I should never let anyone treat me that way, which was good advice and I wondered why she didn’t take it. She must have loved him once and he must have been good to her, though I never saw it. I saw what came afterwards. The shot nerves and shapeless rage. For years I wasn’t even conscious of the ways I tried to dodge that trap.

It’s telling, I think, that my first TV crush was a ghost. We all knew Marty was a ghost because he wore an immaculate white suit and helped his partner Jeff solve crimes using supernatural forces in Randall & Hopkirk (Deceased). Marty was funny, smart and dead. I adored him. Later  I transferred my attentions to an assortment of gay men, dead pop stars and living pop stars who were possibly gay, before peaking with Morrissey who was somehow all of the above. How I worshipped this fey creature of uncooked complexion who threw flowers instead of punches. He ticked all my boxes. 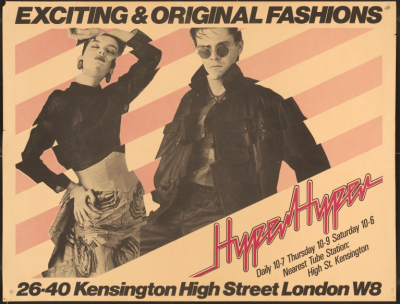 Meanwhile back in Kensington, in the script of the film of the story of my life:  Having forgotten my umbrella, I dash into Hyper Hyper one drizzly afternoon and chance upon a stall. A boy sits inside reading, chin in hand, fringe like a fascinator across his face. I watch him, pretending to sort through the racks. The DJ plays a Bunnymen track – the 1979 John Peel session of Read It In Books [not the album version, which is notably inferior]. He glances up through dark splinters of fringe, rose petal lips slightly parted and this song is the soundtrack to the moment he looks up from the page and into my eyes.

I should point out there’s nothing wrong with the album version per se. It’s just that once you’ve heard the John Peel session, it resets your expectations of what this song can do. Fragile, fleeting, it explodes in a chilly night sky, cinders drifting. It is twitchy and raw with all the exuberance of a brand new band showing us who they are. A precise moment caught in amber. Over drum machine beats, this track schmangs along like a train, Ian MacCulloch consoling some friend who can’t find love. He might as well have been singing to me.

Having outstayed my visa by a year, I finally bought a ticket home in late ’87. I wrote to tell everyone I was on my way, then started the long goodbye to London. In this city I had made the transition from teenager to adult and now I was fleeing the scene of some of the best and downright worst moments of my life. The day before I left, I experienced both moments simultaneously.

I’d returned to Hyper Hyper for the last time to buy an outfit which I hoped would singularly define what it meant to be young and cool in London in 1987. I found a black linen, button down bodice and went searching for a skirt to go with it. Somehow I ended up at his stall. I walked  in – no time for shimming up my resolve with random indie hits today. I picked out a high-waisted, short skirt with a fancy drop-tail. He looked up. “All right?”  He had green eyes and a soothing northern lilt – two of my favourite things. I waved the skirt at him, in surreptitious surrender. He pointed out the changing room and went back to his book.

I tried on the skirt with the bodice, then slid through the curtain to stand self-consciously in front of the only mirror in the shop. When he looked up again, I felt the full beam of his professional scrutiny. Moments later he was standing beside me with a sumo-size belt, which he cinched around my waist. I bought the skirt. And the belt. As he wrapped them in crunchy purple tissue, he glanced up a few times. I noticed a brief rearrangement of the air between us, then he asked what I was doing tomorrow.

Me:  Flying to New Zealand.

Handing over my parcel, he smiled, sat down and picked up his book. 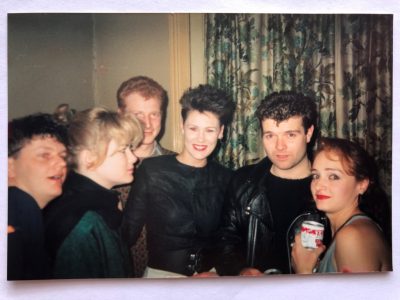 Originally from NZ, I spent the 80s in London working at Penguin Books [editorial assistant], living in squats and seeing loads of bands. Back home I was a scriptwriter for a local soap, Shortland Street, and have written features for blogs and magazines. 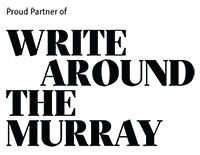